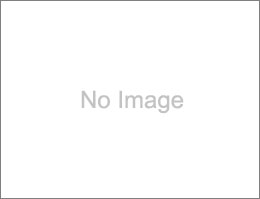 Along with birds, forests ranked as one of Ernst's most important subjects that he returned to over and over again throughout his life. "The Forest and Sun" series created between 1925 and 1928 formed the core of his Forest works, and this painting is part of this series. Ernst's image of a sun piercing through the dense growth of a desolate forest has frequently been linked to the landscapes of the German Romantics. Indeed, this painting shares a sense of mystical mood also found in German Romantics works. However, for Ernst the forest was not simply an unknown element that evoked a sense of unease. Rather the forest seems to evoke a somehow dualistic mutually compatible sensibility. "Joy and sadness," "freedom and captivity," "hope and unease," Ernst himself used these and other contrasting pairs of terms to describe forests. Ernst ably wielded his self-devised technique to paint this work that seems to invite a search for a mysterious internal landscape. Ernst called this technique "grattage". Ernst began to experiment with frottage during the Cologne Dada period (he himself emphasized 1925 in this regard). Frottage involves the use of various different objects; when a piece of paper placed over them their physical form appears when a pencil is rubbed over the covering paper. Grattage, a technique which gives the same effect as frottage, only on canvas, involves the painter scraping pigment onto the canvas with a palette knife, thus copying the form of the object placed beneath the canvas. Ernst likened this technique to the automatic writing in literature, and thus discerned a surrealist technique for painting. (Source: Masterpieces of the National Museum of Western Art, Tokyo, 2009, cat. no.118)